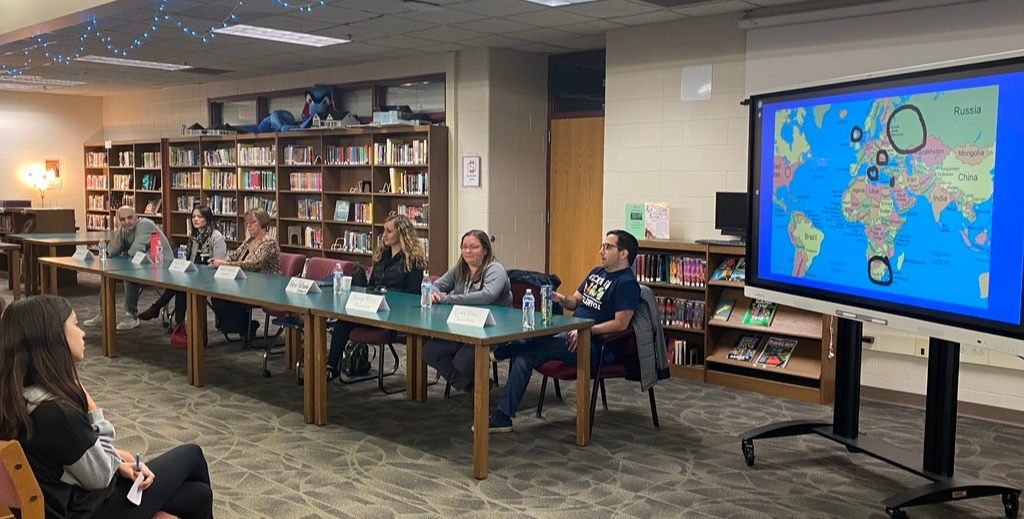 Curriculum is divided into 6 units which integrates lessons from the following regions: Canada & the U.S., Latin America, Europe & Russia, Africa, Southwest and Central Asia, Monsoon Asia, Oceania, and Antarctica. The curriculum we use to teach Social Studies is a combination of the Common Core for Huron Valley which is found on the Atlas web page, and Geography Alive! This is an engaging and interactive hands-on approach which provides authentic experiences which help the students engage in the curriculum and connect to the world in which they live. We engage in exciting project based lessons, create dramatizations, and a realm of hands-on-activities are an integral part of the class.

Course begins with an in-depth look at how to read and write critically like a Historian. We apply these skills throughout the year as we learn about ancient world history. We analyze the ancient world starting with early man and the emergence of pastoral societies followed by classical empires in Europe, Asia, Africa, and Central and South America. In addition, five major world religions are studied. Throughout the course, we examine the expansion of hemispheric interactions and the influence of past civilizations on world history.

View the history of the United States from the colonies through the end of the 19th century.  It begins with a review of early American history that was covered in 5th grade (colonies, events leading to the Revolution, and the Revolutionary War).  Our seven units of study are: the Revolution & a New Nation, Challenges to an Emerging Nation, Regional & Economic Expansion, the Coming of the Civil War, the Civil War, Reconstruction & Reform, and America in the Last Half of the 19th Century.  Major topics of study include the Constitution, Manifest Destiny, Division and Events leading to the Civil War, the Civil War and Reconstruction, Immigration, and Industrialization.